You’re surrounded. The Plaza of Paucartambo, in a small town usually almost vacant, has quickly become a vortex of cultural expression and vibrant color…and you’re right in the middle of it. The smell of churros, fresh soups, and chicharron waft through the air, made even more tempting by the vendors beckoning you for a meal.

Passing through decoratively paved streets, a clamor of drums and trumpets interrupts your wandering. You react accordingly, stepping aside and watching as a dozen square hats fill the streets, blocking your vision. Beneath them are woven masks of white.

Dark eyes accent red mouths, above which yields burlesque mustaches. The ritualistic baby alpacas dangling over their shoulders and the decadence of their robes identify them as Qhapaq Qolla.

They are stepping together. The cheerful music boisterously leading the coordinated zigzagging. Beer is flowing, food is plentiful, and life is good. However, at the end of these four short days, the Qhapaq Qolla will be facing the multi-colored demons of hell, locked in battle and even giving their lives to protect their sacred one: Mamacha, the Virgin of Carmen.

…at least, that’s how the re-enactment goes.

This is Paucartambo, where the festival dedicated to St. Carmen is held. From July 15th – July 19th, Peruvians from the entire country (and a few tourists) traverse the windy roads of the Andes. All to witness and pay respects to the beloved Saint of the Mestizos, also know as “Mamacha” or Virgin of Carmen.

Calling this festival organized would be an overstatement. However, while there may not be much of a schedule, there are several things you can expect:

7 characters you will see at the Festival of Paucartambo 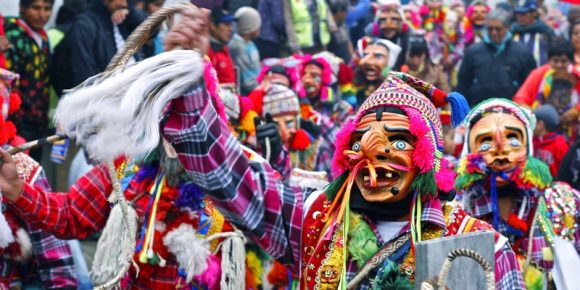 The name meaning “young peasant”, these characters are the only ones to not participate in any coordinated dances. Instead, they choose to wander around freely, often causing mischief. 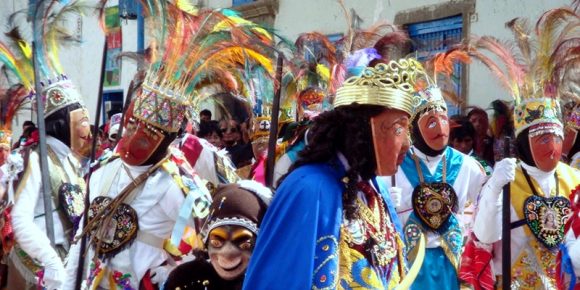 The rich Chuncho, the favorites of the Virgin of St Carmen, are easily recognized by the meticulously arranged troupes they arrive in and the plum of tropical birds adorning their heads. 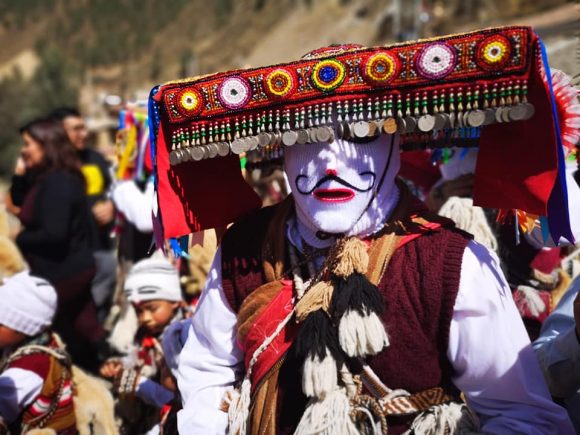 Representing the highland merchants from the Qullasuyu region of the Inca Empire, it is considered an honor to adorn the white mask and square hat of Qhapaq Qolla. 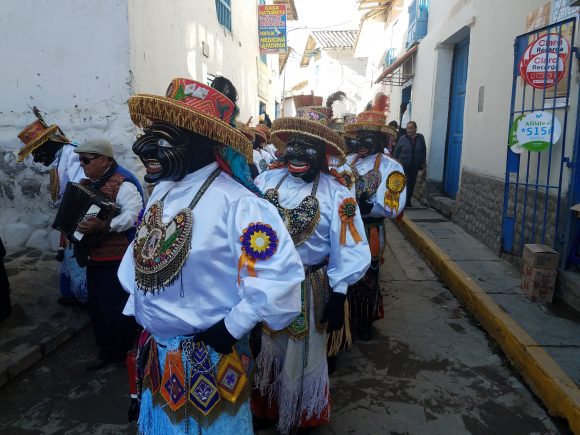 With intricate crests adorning their robes and dark features highlighted by gold, the Capac Negro pay honor to the slaves who were sent across the Atlantic and brought to work from Bolivia. 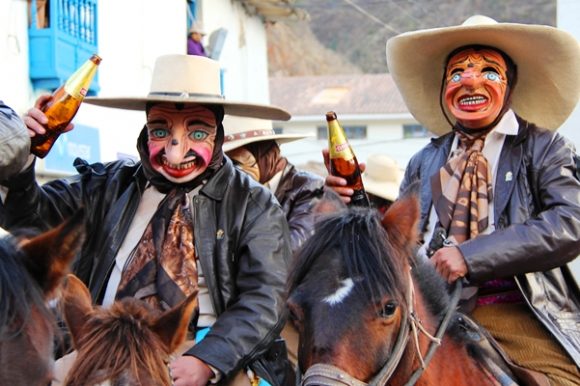 Dressed in leather coats, duo-toned ties, and large brimmed hats, these long-nosed participants’ less colorful costumes make them stand out among the troupes. 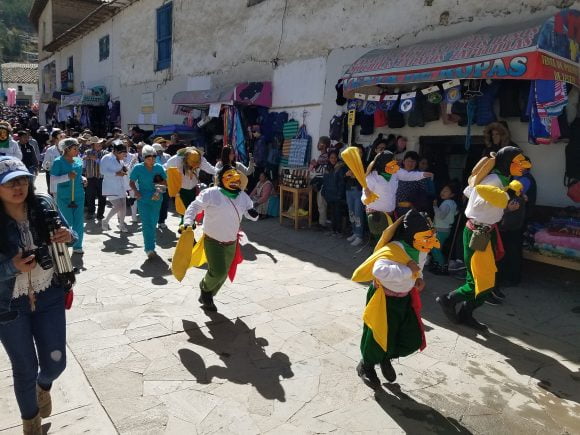 Some of the most interesting and frightening dancers of the festival, these dancers wear sickly yellow masks, often depicting physical damage or decay. 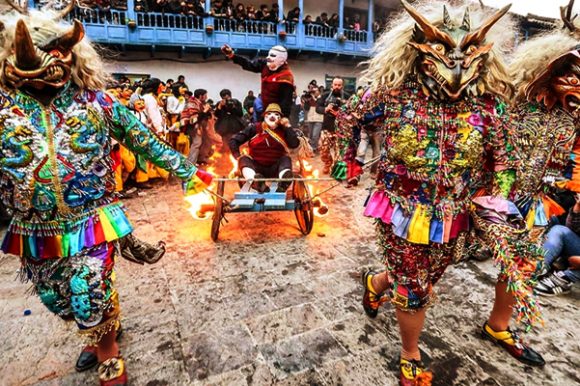 Saqra means “devil” or “evil” in Quechua. These colorful characters are dressed in the design of traditional Chinese demons, and are the adversaries of the virgin and tempters of the onlookers.

Cultural immersion at its finest

The festival of Paucartambo is an experience like no other, and St. Carmen is central to modern Andean culture. If you are able to speak Quechua, talking with locals will reveal the significance and history behind every troupe and dance performed. Every culture has a way of expressing their identity and heritage, but Paucartambo does it like nobody else!

During the festival days, Daspe Travel offers a five-day tour to the nearby Manu Rainforest, with the first day spent at the main day of the festival of Paucartambo.

Why is There a Turkey on My Peruvian Sol?